What is the place called "Japanese Hollywood" in a song in early Showa Period? Yes, it is Uzumasa in Kyoto. Who established the first movie studio in Uzumasa...? 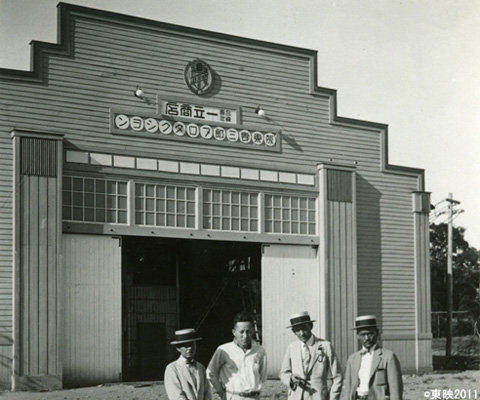 Previously, Uzumasa area used to be called Uzumasa Village of Kadono County which was covered with bamboo forests. Bamboos in this area were cut and a movie studio was constructed by Tsumasaburo BANDO, the king of cloak-and-sword drama in 1926. In the previous year, the first movie production run by an individual actor was established here by Mr. BANDO. Since then the movie studio has experienced twists and turns until today. Here is its history. 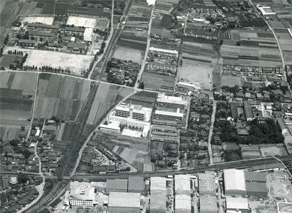 Toei Studios Kyoto in about 1958 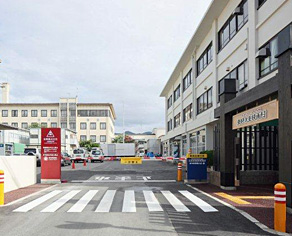 Going through the gate of Toei Studios Kyoto, you will find "Haiyu Kaikan" or the actors' hall ahead of you. This is the place for actors to make preparation for shooting and wait for their turns. To your left, the production department building will appear, and to the right is the building of art department and the restaurant. Actually this studio has everything needed for movie produce except film development section. Since period dramas are often taken here, companies that deal with wigs, Kimono and old furniture are also located here. 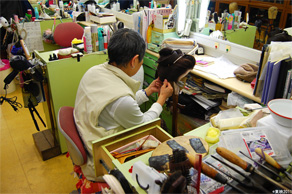 Swords used in the movies are made of bamboo for the sake of safety. These bamboo swords are easily damaged. In order to repair them, the craftsmen of Kozu Shokai Company were stationed here who used Silver leaf for this purpose. This technique has been inherited from the time of Makino and is still used in movies and TV dramas today. 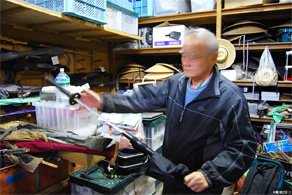 At present, these studios are basically closed to public. However, one can see the entire premises of these studios on the occasion of Uzumasa Cinema Festival and other related events.
(Please find the information at http://www.uzumasacinema.net/)

Covering an area of more than 66,000 square meters, Toei Studios Kyoto is the largest film studio in Japan. In the golden years of Japanese film, from the late 1950s to the early 1960s, the Toei film company's main studio in Kyoto had to produce more than 60 films every year to compete with other film companies in Japan, which in those days each produced a double feature every week! The staff sacrificed Sundays and holidays, often working throughout the night on weekdays as well. The Kyoto studio was so filled with energy that people said: "No one walks at Toei Studios Kyoto; everyone runs."