There is not a single year without a movie related event in Kyoto which has 100 year history of movie production. 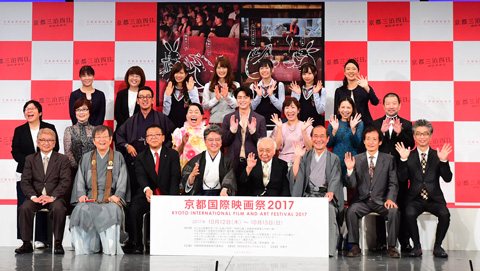 [Kyoto Film Festival]
Kyoto International Film and Art Festival has newly started since 2014 inheriting the aims of Kyoto Film Festival that had been held once every two years since 1997 and ended in 2012. It is a new film festival rooted in Kyoto and held every autumn at various locations in the city. It creates places for a wide variety of creators not only in film but also in music, paintings, animation, fashion, crafts etc. to express themselves in the theme of “All including film, art and the others.” The festival bestows awards including a prestigious “Shozo Makino Award” and a “Toshiro Mifune Award” honoring a promising actor/actress in international film who has already recognized in Japanese film industry. （HP：http://kiff.kyoto.jp/） 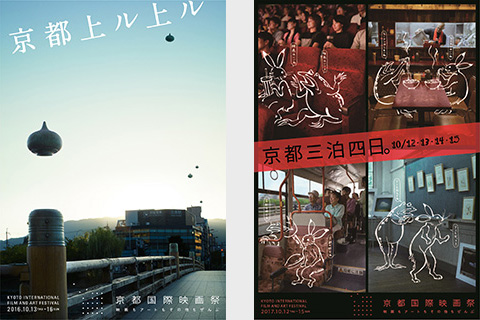 It is held every autumn to rediscover the charms of Uzumasa, the film town once called “Japanese Hollywood.” 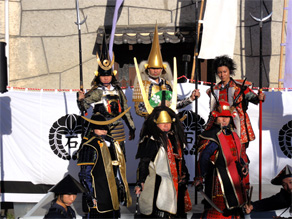 The Festival organizes Uzumasa Joraku Festival at Toei Kyoto Studio Park featuring attractive historic content for fans of Sengoku Period and the end of Edo Period, and workshops called Kids Cinema Studio for children to experience how to make a film.
The workshop aims at elementary schoolchildren experiencing film making having professional film makers as their teachers at Toei Kyoto Studio and the Park, which is truly thanks to the best filming environment of Kyoto. 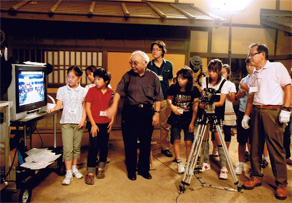 It would be great if the workshop will trigger future film makers to greatly contribute to film industry in Japan and the world.

The "Shozo Makino Award" was established by the Shozo Makino Memorial Association in 1958 in the honor of Shozo Makino, a great film director known as the "Father of Japanese film." It aims to recognize younger filmmakers for their contribution to creating and developing Japanese film. The selections and awards ceremonies had been conducted at Kyoto Citizens' Film Festival for the first until the 19th awards. Then, Toei Kyoto Studio Park took over the awarding project due to the film festival being cancelled in 1977. Kyoto Film Festival took over the project in 1999 and afterwards, Kyoto International Film Festival has taken it over since 2014. The photos of the laureates are displayed at the section for “Shozo Makino Award” at Toei Kyoto Studio Park. Please visit there.